Lawrence Evans is our investment coach 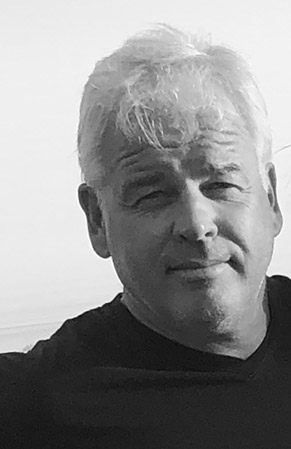 Born and raised in Swansea, South Wales, Lawrence completed an undergraduate physics degree in the UK. An early career in finance and management began at Dean Witter International in 1987. He chose to move to the competitive and boisterous culture of Salomon Brothers in the nineties where he worked as a successful trader of US equities. In 1999 he left and founded a dot com start-up. The business was backed by multiple venture capital firms and looked to exploit the inefficiency of the delivery of parcels in a fledgling internet economy.

A constant throughout Lawrence’s career has been his application into business of performance enhancing techniques which are commonplace in sport. Post the dot com meltdown he launched a consultancy focusing on business coaching provision into the financial services community in Europe. An opportunity arose in the mid 2000s to work closely in this business with one of the world’s most highly regarded trading coaches, and following this ‘apprenticeship’, Lawrence decided to focus the consultancy exclusively on having an ‘in-house’ process to coach active, discretionary asset managers. This process was put together using insights from investment banking, modern physics, behavioural psychology, competitive sport and executive coaching, but with a focus on practical implementation with clients. The approach was launched in 2008 (mid crisis) and has grown steadily since.

Lawrence is based in southern France and travels frequently to coach at his clients’ global locations.

He is supported by an operational team based in both London and France.

Our business model requires that we are selective about new client additions to our portfolio. We choose not to scale the business and believe in the mantra of ‘quality not quantity’. We are happy to recommend other service providers linked to active skill development, not part of Salomon Partners, where we see the client need.